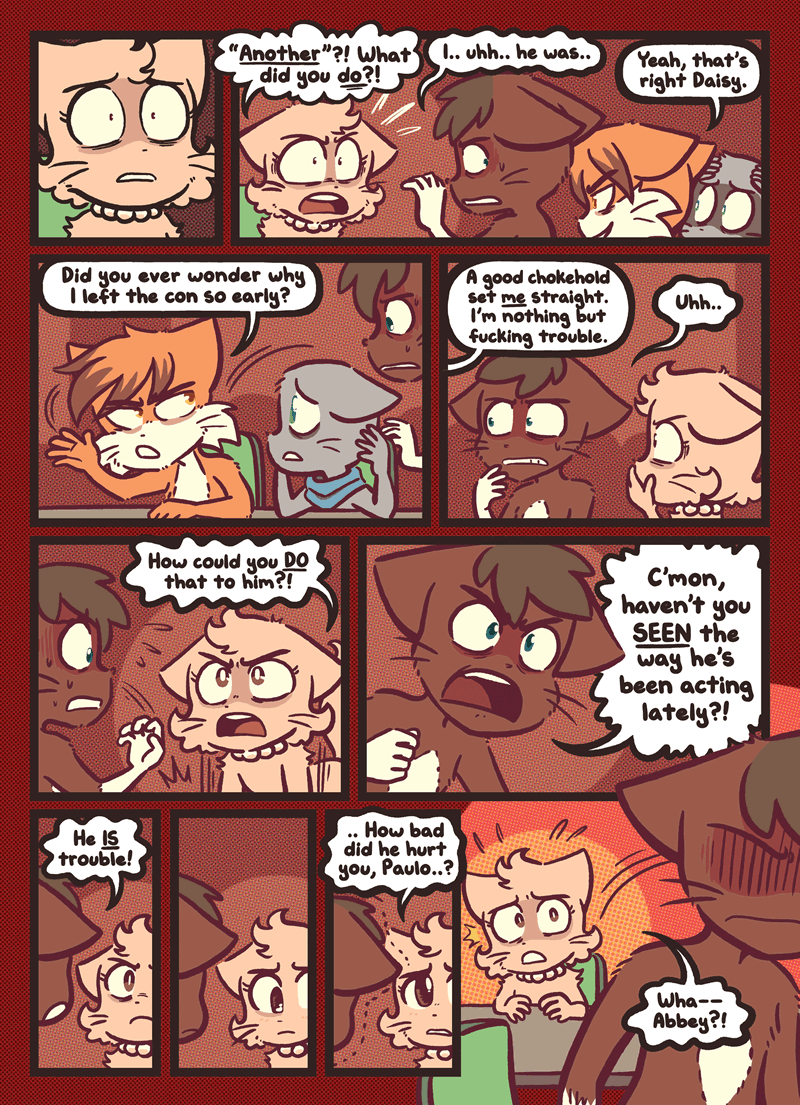 This page and the one before it went through SO many revisions because the sequence is packed with information. If you alter one bit of dialogue, the entire jenga puzzle falls apart. Souppy tried to remove Paulo bringing up the con specifically in the previous page, but it unavoidably messed up Daisy’s reaction in the next page. For a while Souppy wanted Daisy to DECIPHER what Paulo implied, but the line was always just too vague for Daisy to figure out convincingly. So there was so much writing and rewriting and at one point.. WELL WE MADE IT. It’s there.

This page was just a demon when it came to the balancing act of characters infodumping realistically.

i think abbey and daisy are probably gonna break up tbh, they’ve had clear problems in their relationship for a long time (abbey’s possessiveness, daisy not even being able to say she loves him and still having an obvious crush on mike, daisy never defending abbey when paulo was being an asshat to him, and now abbey beating up her longtime friend and driving him away from her, plus the fact they broke up once and only got back together through severe meddling)
and i definitely think daisy should have taken abbey’s side those times paulo was being a jerk, but i’m glad she isn’t taking abbey’s side NOW - he was clearly out of line at the con, especially since he thinks he gets to control who she’s friends with because he doesn’t trust her not to run off with them. i can understand why he’d feel insecure abt his relationship w/ daisy given how it’s […]

Man, I know Paulo’s been mean to Abbey and I wish I could have sympathy for him but I don’t :C

One more strip then proceed to drop the mic!