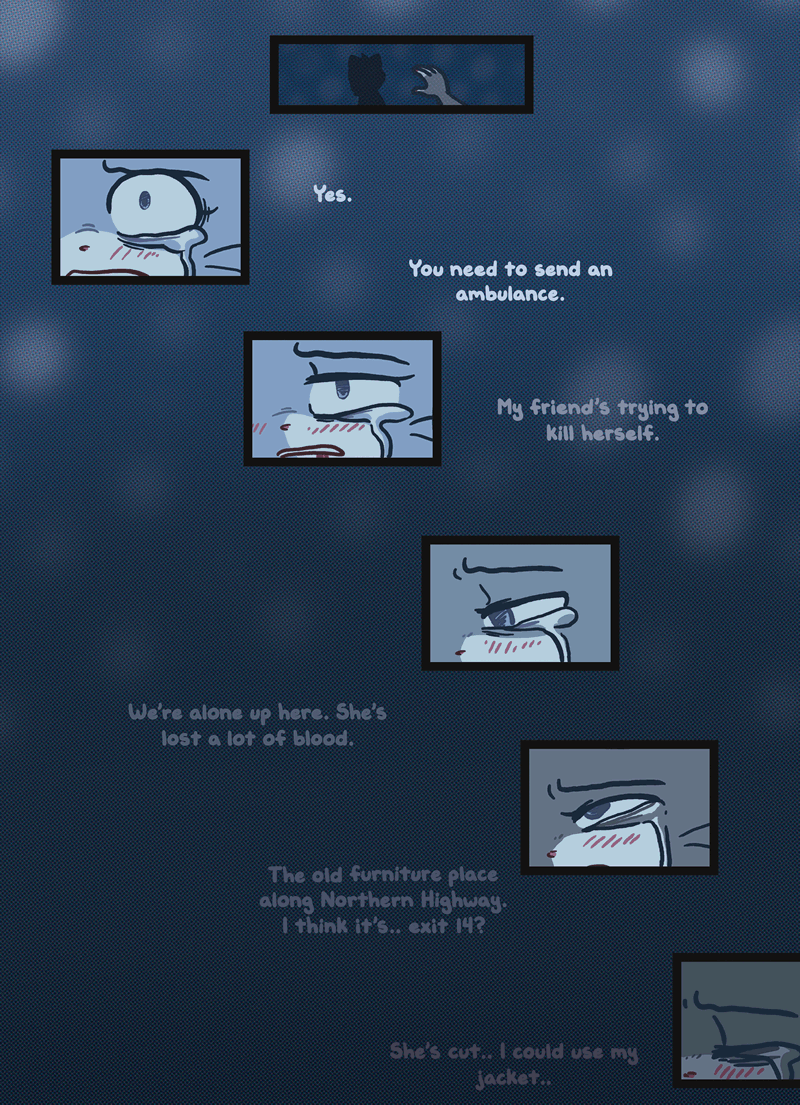 Dude seems to have done this before, impressed by how calm he is

Wednesday is the last page of the flashback.

i don’t understand why people are upset with how long it took to get to this explanation in bcb. it’s a webcomic? it updates 3 times a week? that means it takes a long, long time to tell an entire narrative arc, and while i really missed lucy while she was gone and was waiting for her to come back, i also enjoyed all the character development and plot that happened while she was gone. i trust that taeshi knows the story she wants to tell, it just takes a long time to unfold over webcomic format.
i honestly wasn’t even expecting a flashback, i thought it was pretty clear lucy had attempted suicide/harmed herself, and i was willing to just fill in the blanks and move on. if it’s the augustus thing people were upset about, it’s clear in the chapters before her absence that they were getting close (i mean, they’re both pretty dysfunctional, so it was their own […]

well, called it. Augustus may be a jerk on the outside but he has a heart of gold.