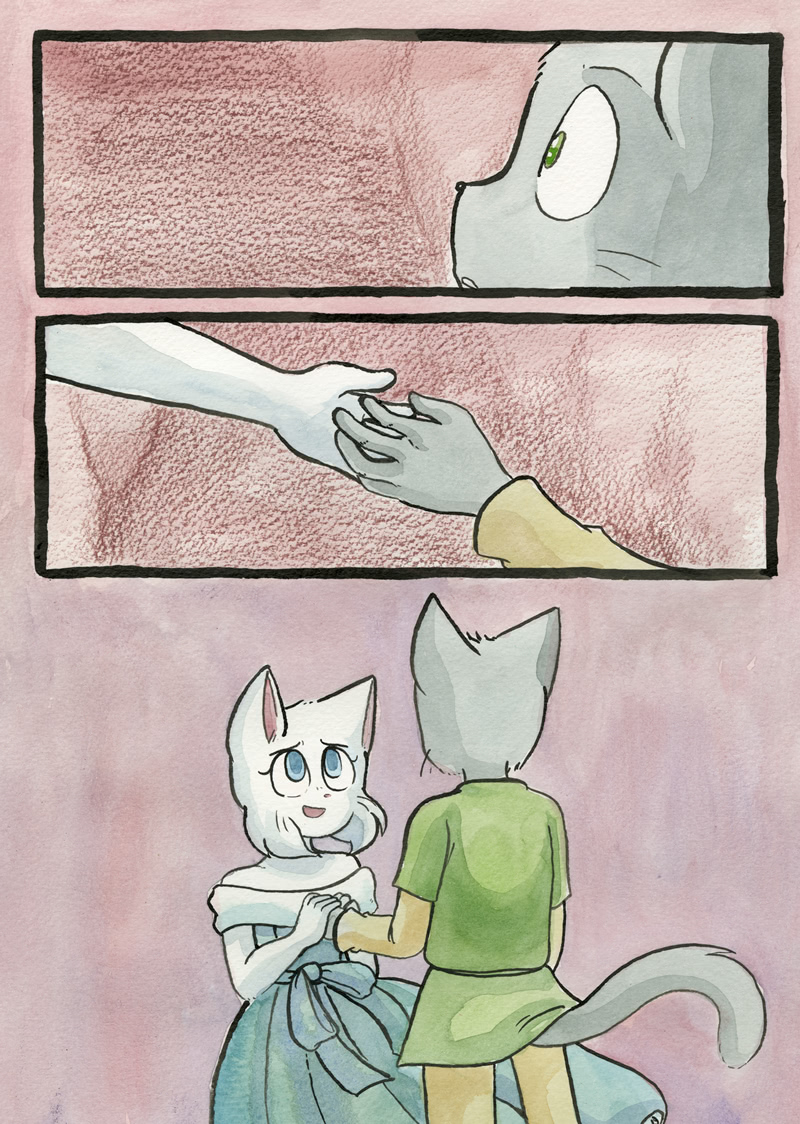 Veronica: i had a lot of fun colouring Lucy’s dress, by the way

I can’t tell what Mike’s expression is supposed to be in that first panel- love? regret? sadness? anger?- but the continued dullness in Lucy’s eyes and the fact that only Mike’s back is shown in the last panel don’t give me much hope.

At this point, I think Mike is either thoroughly impressed by how well composed Lucy has been in the play thus far or beginning to ponder on the lifelessness of her eyes. It would seem like he of all people would be able to pick up on something like that, especially from that of an ex-best friend/ex-crush. We have yet to learn about how Mike came about his decision to buy that specific shade of blue for his first scarf. Considering the sequence of events that led up to his purchase of that scarf, as revealed in the Lucy’s reminiscence of her first kiss in “Pillow Talk,” I kind of suspect that he intentionally tried to match the color of Lucy’s eyes. His awkward reaction to receiving Sandy’s Christmas present (another blue scarf) kind of backs that claim up. He said it was “weirdly nostalgic.” Maybe that’s not the case. It’s just a shot in the dark.

I think this is worth mentioning because it validates his possible concern over the dullness of Lucy’s eyes. If there indeed is that much back story to his original scarf, then he must be able to see through the deception of her demeanor and see the anguish in her eyes.

Or maybe it’s just as simple as his mind being blown away by her singing and the utter amazement of her performance.

There seems to be a deep sense of realization going on in the first panel within Mike’s eyes and general facial expression. It’s just so effective in showing there is a change about to happen. The previous panel was also really clear in expressing that Mike is beginning to see the things within Lucy that he used to love and obviously really misses. I am really interested to see where this goes.