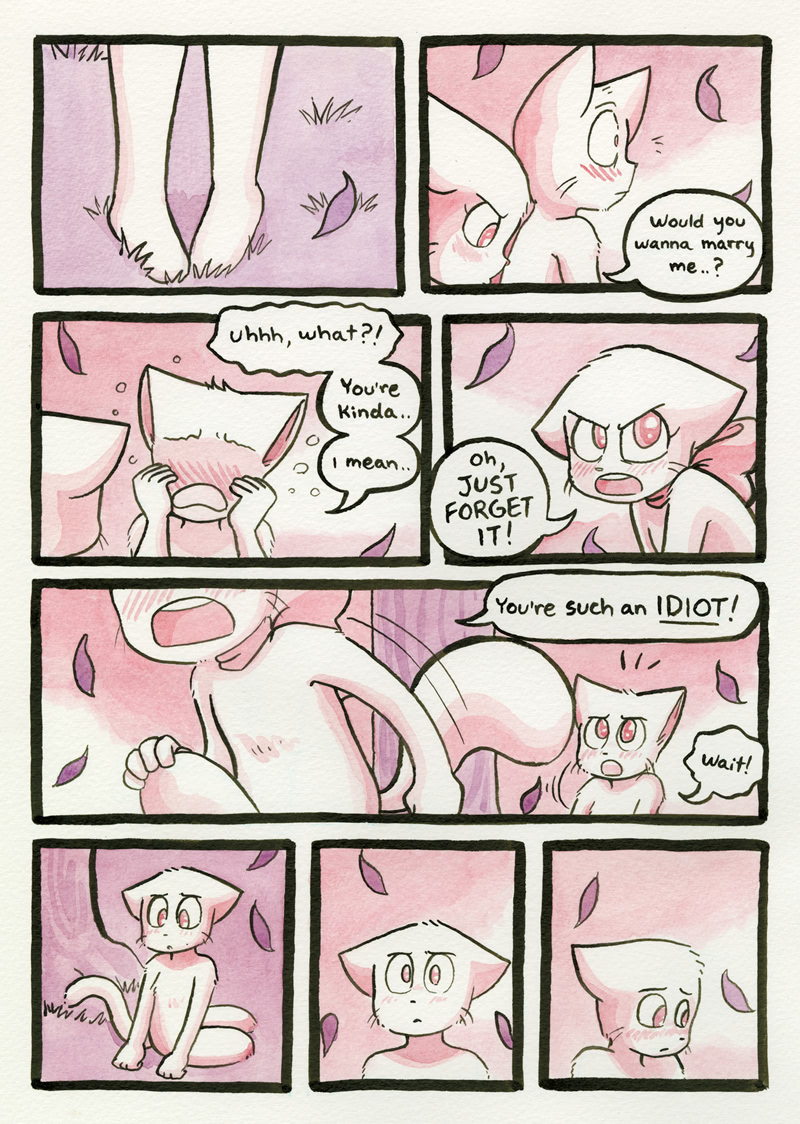 If this flashback means anything it would suggest that Mike remembered this question and will have to answer later on. That or he is starting to fall for Lucy…again.

It probably takes place before the Pillow Talk flashback where Mike was using Lucy as a “replacement goldfish” for Sandy and maaaybe before Sandy appeared at all as they, you know, talk nicely to eachother here.
I’m not trying to make the bad guy out of Mike here, but if people are making his age an excuse, why disregard that Lucy was young too and very impressive? I mean, after something like this I would think twice before talking to a boy/girl I like… and reconsider doing so at all.

. Ya know what, guys? I’m starting to think that they’ve each had moments where they never seem to meet all the way, romantically, and are just going about it in circles. Here, for instance, Lucy is basically telling Mike she likes him, and Mike looks pretty nervous to give a proper response (its pretty obvious the idea didn’t repulse him, but I guess he just had trouble expressing that). Then, Lucy takes this as a rejection and walks away. So then, flashback to Lucy and Mike’s first kiss, where they’re probably a bit older, it’s LUCY who rejects Mike. And then they’ve probably gone on a cycle since then; from whether it just doesn’t feel right to the other being taken. It’s no wonder it would take a toll on their friendship at some point, that and other things/faults in their friendship…. It’s almost like they were never meant to stay friends in the first place.

This is probably nothing new, but I feel like this page just 100% confirms this. Hopefully, the flashback will make Mike realize somethings off about Lucy. He’ll probably shove it somewhere on the back of his mind, until it eats at him though, and will just try to talk to her “because Sandy so”. Mike is not really heartless at all though, and maybe will genuinely try to do something about it, and hopefully Lucy won’t be too far gone…. I’m mostly afraid that she’ll be spiteful and take out her frustrations at Mike. Hence, once again, not fixing any problems in their relationship. It’s like a vicious cycle with those too (with everyone else being forced along the ride)

Also, wonderful page, Taeshi. I really think the colors go well with the situation of this flashback