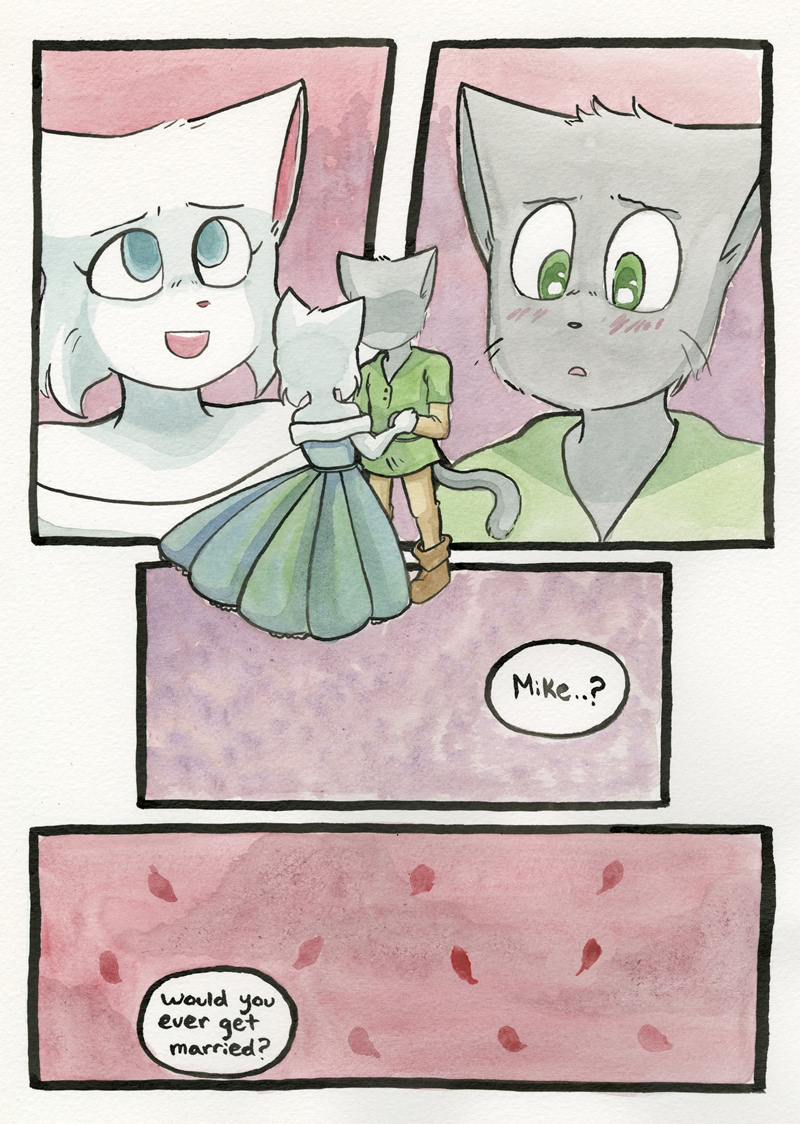 Wow, not sure why but mike looks entranced. Maybe he’s finally realizing what he done or that he had forgotten the good in Lucy. He had been blinded by his own ambition and satisfaction to see that there are others who want him to consider how much they care for him. Such things bring a darkness into Mike’s heart. This moment may be the point where he finds a Lucy’s light and then gets his realization.

As for the last two panels, I’m not sure if its part of the play or a flashback. I’ll need to check in on that later.

Well with the way the last few pages were set up, and with how Mike is reacting now, I’m gonna say we have some good ol’ drama on the horizon.

Only this time, it won’t be Lucy who will be feeling all the weight from it.

To those of you saying Mike might be falling for Lucy again, look at context since the hate speech whenever Mike thinks about her. Other than saying she should die while talking to Sandy (which was more sarcastic than anything), his expression has always been that of disappointment in his own actions. He obviously still feels something for Lucy.

He’s never going to stop having feelings for Lucy, that much is obvious. How he acts on that ingrained attraction to her, though, is really the most pivotal part in the main story lines. If you doubt me, go back and look at the expressions Mike makes when around her, the way he behaves. It’s not hate, and with time we’ll find out what he really feels. It’s been subtle emotion here and there, but it seems like this wild ride is about to get a whole lot wilder.