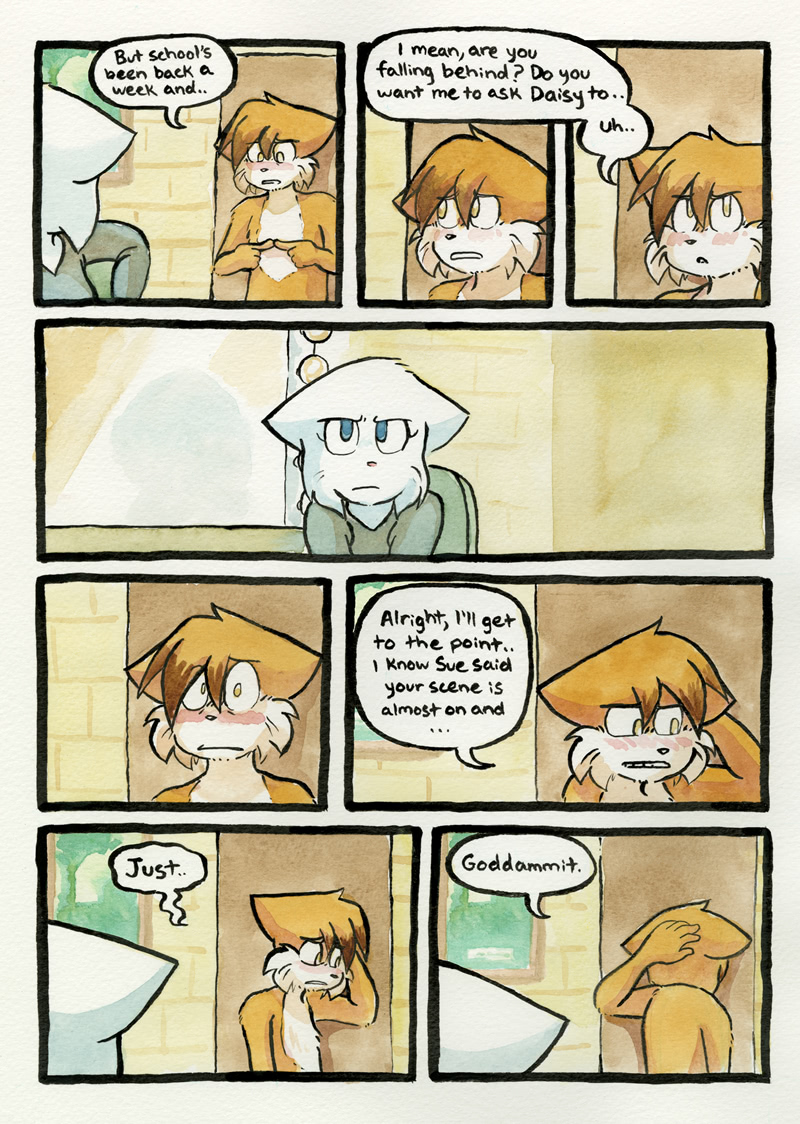 Veronica: all that spaghetti

splattering on the floor

Lucy is not amused. I say Paulo has about five seconds to get out with it before she beats it out of him, because she looks like she’s going to kill him. Either way though, Paulo is avoiding the subject a lot, for something he wants to say. The longer he waits, the less likely it is Lucy’ll want to hear it when it comes out.
Also, has Lucy been out of school for a week? Maybe that has something to do with the family intervention in the last chapter. I was wondering when that would resurface. Still though, he made it seem as if Lucy had been out of school for the first week of the year. You’d think someone would have checked on her.
Still waiting to see what the family intervention thing was about though. Whatever it is, it ain’t gonna be good.

Lastly, Look at all the failure!

Out with it! Paulo I know your nervous right now and Lucy is not helping by staring at you like that, but come on and tell Lucy what she already knows. Lucy has been waiting for somebody to say it to her face and here you are blushing and too nervous to say it. You love Lucy and it is painfully obvious. Please just say it and leave so Lucy can rationalize it after she is done with the play.