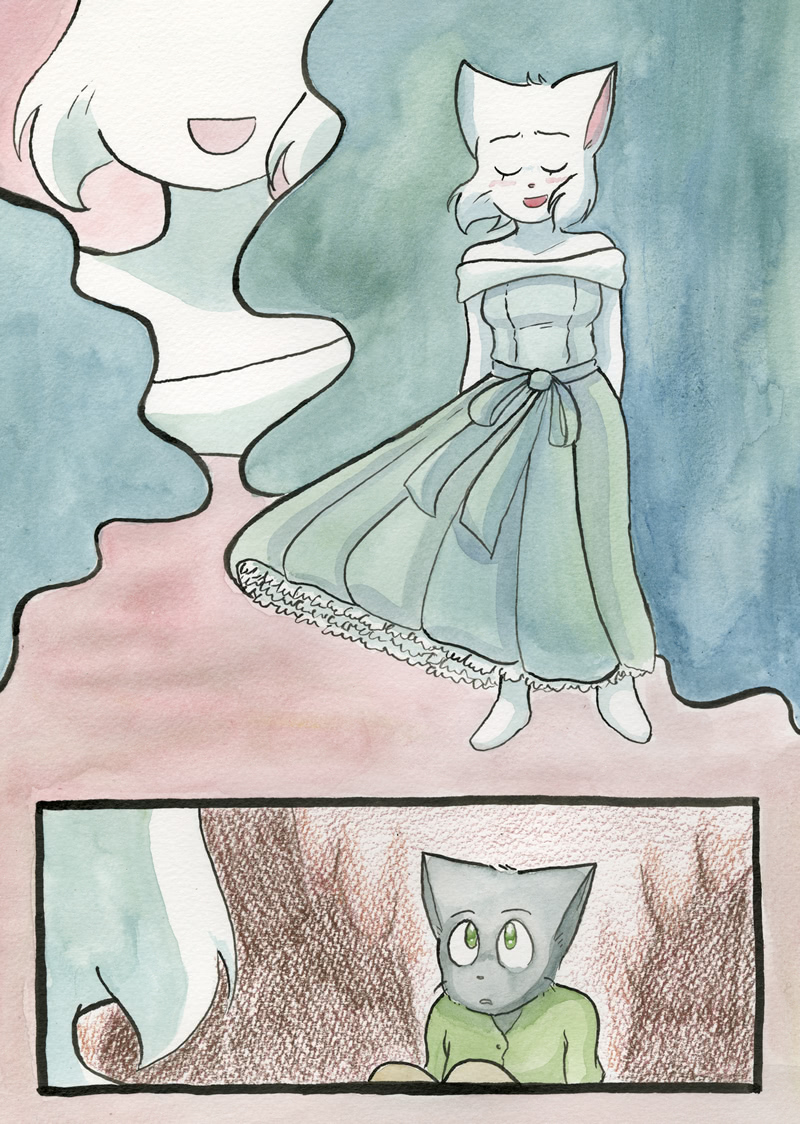 Veronica: this is probably the corniest thing i have ever done

sue you are such a cornyface

Oh dear. She has become the happy Lucy, if only for the play. Truly heart breaking. I do love the use of light blue in this panel compared to the darker colors in the beginning of the story. Now she starts singing happy things?

Lucy appears to have matured a bit. Sure her hair is longer, but her disposition comes off as being more confident. Even though this is all part of the act, there is something about when Lucy sings that she is the most genuine. When you take in consideration the numerous times she was either reluctant to sing or embarrassed of being overheard by unwarranted ears, this is a shining moment in her character development. Sure her motivation could be partly contributed to not wanting to disappoint Sue, or by her inherently stoic nature of keeping her true feelings from surfacing. But give her some credit for being able to stand up in front of a large audience and someone, who adamantly and viciously expressed his hatred towards her, and share one of the most intimate things about herself. That tsundere shell around her is slowly chipping away. Gawking there a little bit, eh Mike? Isn’t Lucy “Just Beautiful?”

…I actually like that the play is corny and cliche. I think it shows Sue as inexperienced. I mean we knew she liked READING but unless I missed or forgot something there was no indication that this is anything other than her first attempt at writing something. (The play as a whole. I KNOW she did drafts.) And cliche or not it’s not a bad story. Old prophecies, mysterious twins, lonliness being mistaken for evil… Obviously Taeshi isn’t showing us the whole play, but from the bits we’ve seen it’d be worth a watch, especially as a school play.