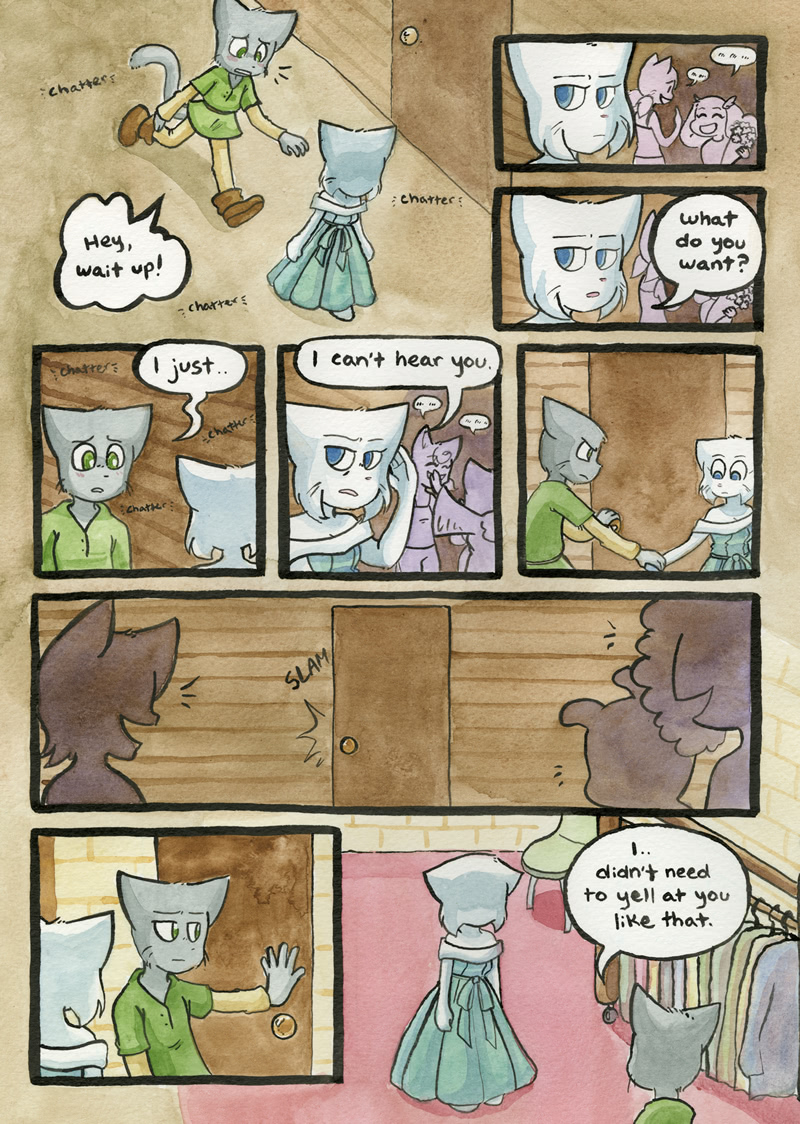 Veronica: Aww Rachel bringing Jessica a bouquet of flowers for a job well done ;__; What an absolute sweetheart.

Also sure, let’s forcefully grab her hand or some part of her arm. And bring her into an isolated room. And slam a door for good measure.

Cause those all worked so well the last time!

… Oh well, you’re at least trying to apologize, so I’m rooting for you, Mike. Don’t mess it up.

It doesn’t look like she wants to hear it, Mike. Or at least, she appears to think it won’t matter anymore. I mean, by the sounds of it, it sounds like Lucy is leaving.

I kind of want her to slap him, in mid apology, and glare him down, then leave with Paulo, who’s waiting for her.

That or interrupt him with a big fat bird and a solid ‘I don’t care, gtfo.’

At this point, I don’t think Lucy’s willing to listen to an apology, and it might still be too fresh of a wound to even go back to it. He hurt her bad, and at this point the form of an apology he’s going with atm is just salt in the wounds, followed by alcohol immediately after. She’ll see right through him, and even if it’s a sincere apology on his end, it’s coming from a false place.