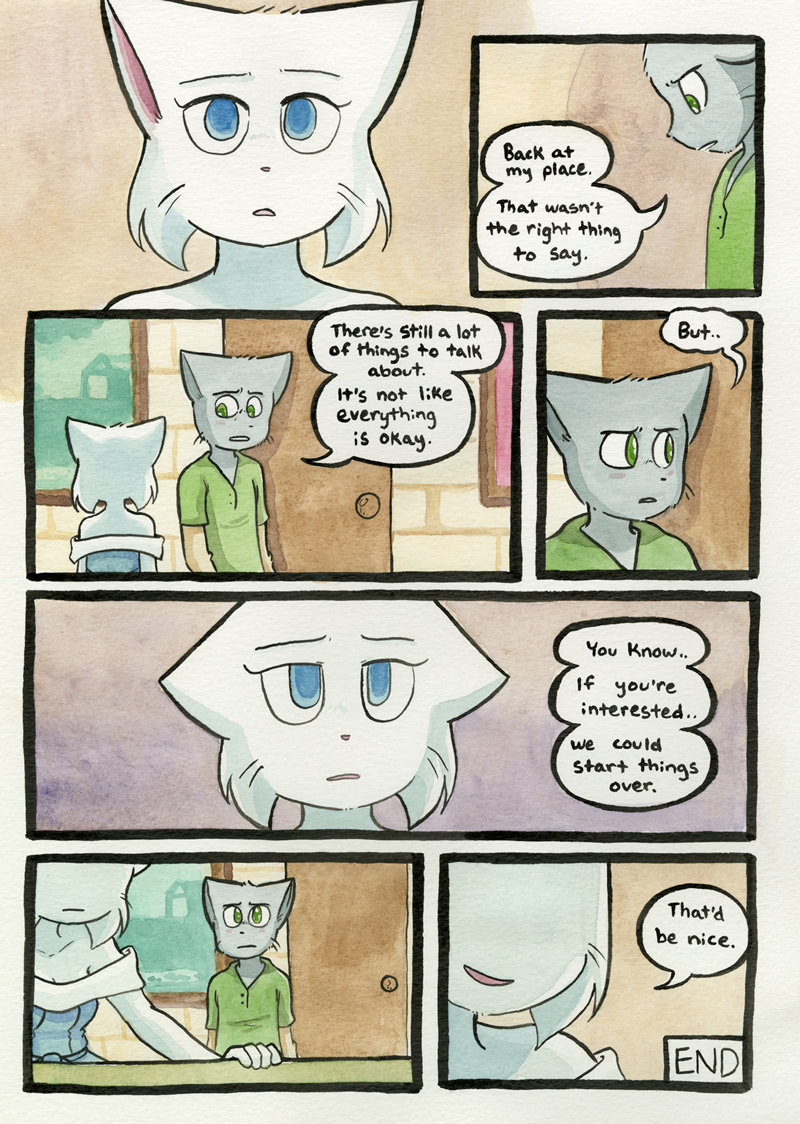 Welp, Taeshi pretty much went with a surprise twist on how she handled the situation, much like how everyone predicted Lily would chase Mike off before with a tirade, but only ended up saying a few things that were even more powerful.

Congrats on making such a heartwarming ending to the chapter Taeshi. I like how you didn’t paint either Lucy or Mike in a favorable light here, but rather made sure to point out that both sides were at fault and that both sides needed to make the effort to improve the relationship.

@Nikita I think it’s more an awkward than devious smile. It’s pretty obvious that she did not expect him to say anything like that at all, so it looks more like she’s unsure whether or not she should actually be happy about the situation, especially after closing herself off to her emotions until now.

As much as I dislike Mike I don’t think this apology (in particular) was because of Sandy.

I feel that before Sandy spoke to him, Mike was just like, “no I hate Lucy. I’ll never speak to her again,” and he was set on that. However, after Sandy spoke to him and told him to apologize, she opened his mind a little.

He still didn’t want to say sorry, he still didn’t think he should or that he did anything wrong, but it opened up his mind to the idea because he justified it to himself that he was just doing it to please Sandy.

So I think the first time he tried to talk to Lucy, where he was sent away, it was only because Sandy told him to; but then he got his first hint of how much he might have actually hurt Lucy.

Then at the play he got to see firsthand how lifeless she looks. So I think at this point Mike’s apology was more because he realized he actually did something wrong and is sorry, and less because Sandy asked him to.

This is how one should apologize in a situation such as this. There is no easy way to cut something like this, but at the same time, its’ clear that Mike is sticking to what he said before, which…while some may not agree with it, it is still respectable of him.

Mike does seem like he’s willing to start over and willing to talk things over with Lucy, instead of leaving everything how it was in December. It’s something that definitely does have to happen in order to make a sturdier, stronger friendship.

Also, @Taeshi That is really and truly some amazing news! Hope the next few months are awesome for both you and Suitcase