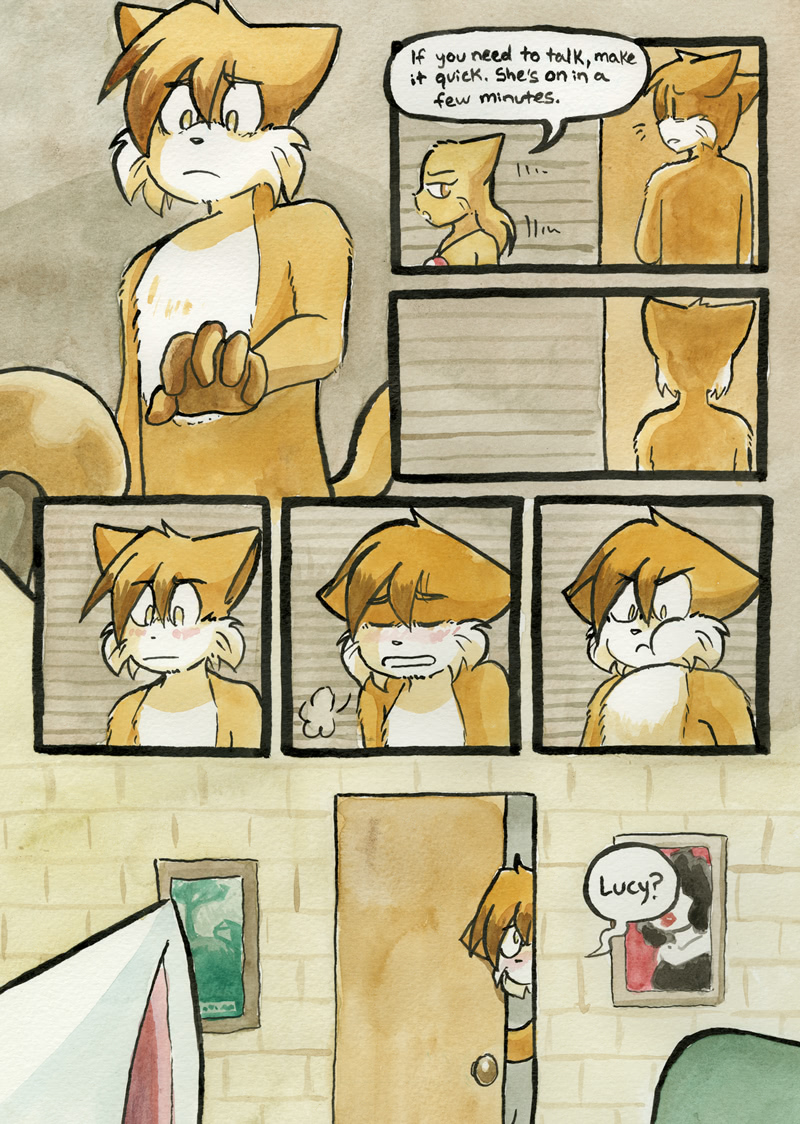 Veronica: GET ON WITH IT

This can only end badly. Let’s all hope that Paulo doesn’t get to tell Lucy how he really feels about her so that he has to wait for longer. For the lulz. I mean, can you imagine? Him having to deal with that for another period of who knows how long. It would definitely make the point at which he does admit it to her to be much more dramatic, which is, in retrospect, exactly what Taeshi wants. But, then again, if he does manage to tell her, and it’s right before the play, she’ll probably break down, either backstage or on stage, which would make for a huge display in front of everyone which would, in its own way, have a lot of drama, so it’s hard to tell.

He’s not going to confess, not here anyway. The timing is all wrong, even for Paulo. He’s only got a few minutes and he hasn’t spoken to Lucy since that phone call about the cake. He’ll probably small talk for a second and offer some kind of encouragement, or sympathy depending on how upset she may still be from New Year’s Eve.

Besides, it’s way too early in the chapter for Taeshi to reveal anything too major. Plot development is usually reserved for cliff hangers.

Maybe this’ll give her the confidence to perform? Or on the other hand give her a nervous breakdown! Lucy’s bound to still be hurting, so hopefully she’ll be clear-headed enough to make the right decision based on her feelings, whatever it is. Aw who am I kidding though, I’d love to see them together