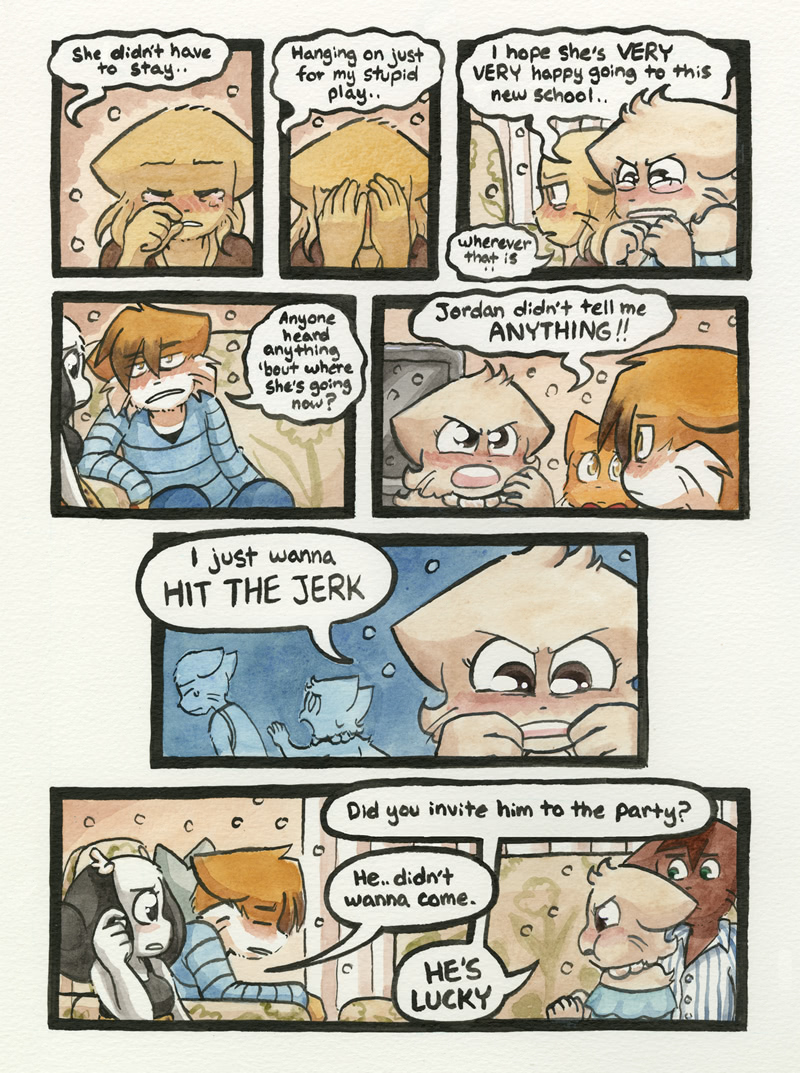 Veronica: Man that jordan, what a jerk wanting to be left alone

Hey, don’t blame Lucy for that. It’s not like she herself broke her own heart.
It was Mike who told her she’s a parasite and no one loves her. And he never took back any of these words.
There’s also Sandy to blame. Yes, she only wanted Lucy to be nicer and it’s not her fault Mike misunderstood her words, but she still kind of caused that.
And let’s not forget Paulo, who never found the courage to confess his love and talk about it, accidentally confirming Mike’s words “Doesn’t even love you”, and David, who forced Paulo to pick up as many girls as he could instead of building solid relationships with the two he already had.
So yeah, these parties were kinda ruined by Sandy, Mike, Paulo, David… and I bet you can find more guilty parties if you try.

To the people still whining about Jordan not telling them stuff: uh excuse me? Have you tried putting yourself in his shoes? If you had a sibling that tried to hurt themselves to where they had to be hospitalized, would you tell the people who possibly had to do with it where your sibling was now? If so, wow you are a terrible sibling. Look, Jordan doesnt know everything, he just knows that SOMEONE hurt Lucy, and he’s not about to tell the ones maybe responsible where they can find her so they can go hurt her again. Again, this is in his point of view. He is not friends w/ Lucy’s friends, he doesnt know what they are like, and he doesnt know that they wouldnt hurt Lucy. Hes just trying to protect his little sister, okay? Give the guy a break.

@Blake A. Roten: She was at the hospital at some point in January (as they were at school again and it was after New Year’s Day), then Daisy said it had been a hard MONTH in Safe Boundaries, indicating that a month had passed since then, making it February and now it is Rachel’s birthday, making it February 11th.

What will happen next will likely include Lucy’s friends trying to find out where Lucy actually went, Mike confessing what really happened, and Lucy trying to deal with her problems, not necessarily in that order.