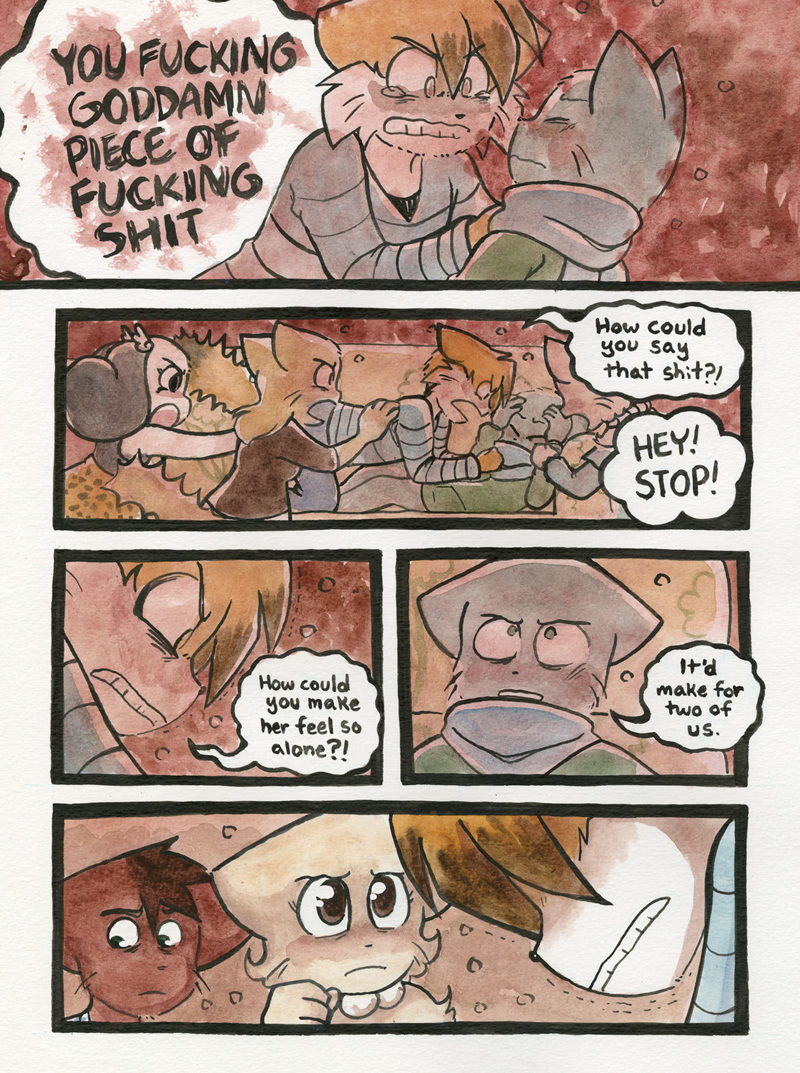 Admittedly, Paulo DID mess up Lucy quite a bit in “Back and Forth”. But Mike’s being a jerk too. Both of them are wrong.

Is anybody else seeing the implications of this for Daisy and Abbey? Daisy’s clearly going to side with Mike on this. Look at her. She’s furious. Abbey, being Abbey, isn’t going to condone Paulo’s behaviour, but ultimately he’ll probably side with him and put Mike in the wrong for lashing out at somebody who needed him. The two are passionate enough for this to cause serious problems in their relationship.

Mike isn’t blaming Paulo for anything. Remember a few pages back when Paulo said something like, “I shouldn’t have gone out with Jasmine,” and then Mike told him, “Lucy wanted me, not you”? Maybe it’s just me, but I read that as him taking all the blame upon himself. I don’t think he would flip-flop on that so quickly.

When Mike says “It’d make for two of us,” he’s talking about how alone everyone else makes HIM feel. These people were supposed to be his friends too. But every time there’s been some kind of divide between him and Lucy, they’ve always sided with Lucy and paid little attention to his perspective. He ends up feeling like everyone makes him out to be the villain, which infuriates him even more because he generally treats people WAY better than Lucy does. The only person who actually seems considerate of what he wants and how he feels is Sandy, and she’s a voice on a cell phone living hundreds of miles away.

So now Mike’s finally going to call his friends out for never having his back. And much like his outburst at Lucy, this has been a long time coming.