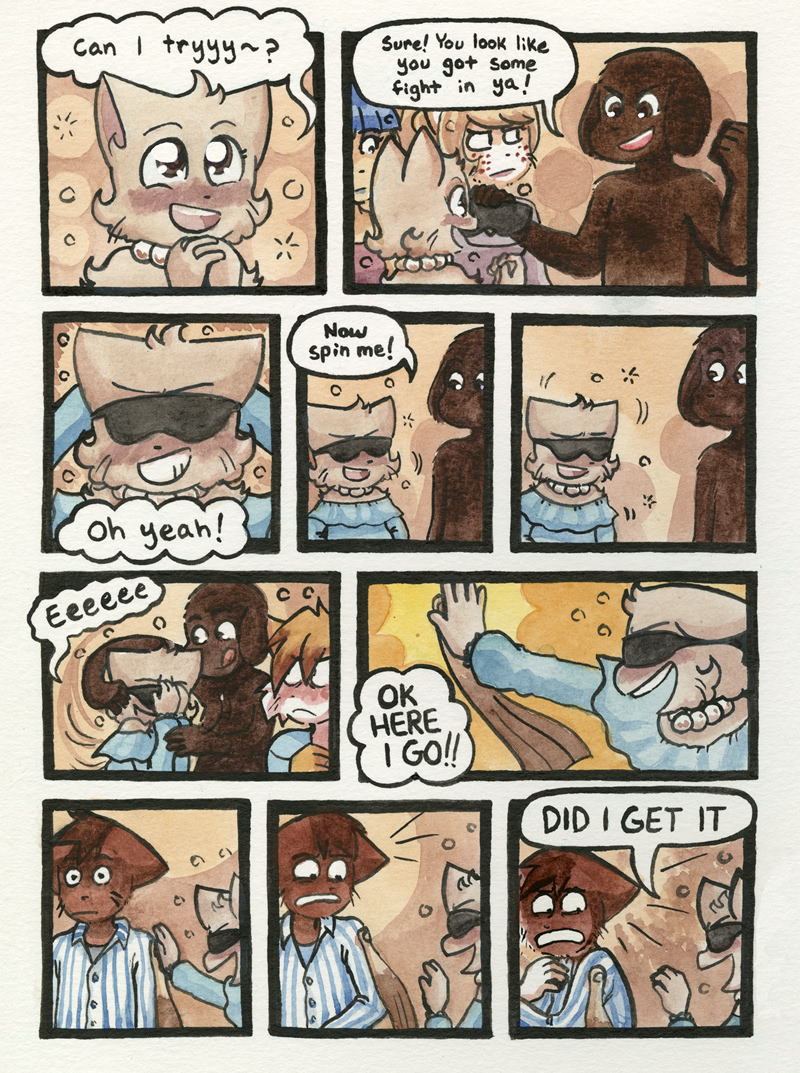 Good luck to all the people having finals around this time! You almost got it man!!

Well there’s a comical injury to check off the list to make this night complete.

Also given Daisy wanted Abbey to stick something in her earlier in the evening I find this extra amusing.

Abbey is really the punching bag of this chapter. He deserves a little karma, but this is far too much. Lied to by his girlfriend, hit in the crotch by his girlfriend, watching his girl talk to another guy about her crush on him. And now she stabs him. As for Daisy: this reinforces my point. She hurts people because she’s too blind to see where she is going. If she used her clearly competent brain to think about her actions, she would be a much better person. I hope she gets a talk from someone, because I really want her to stop hurting people. For all of their sakes.

Also, I have a question. Do you think that Zach will keep his promise? He said that he would somehow be there for Lucy if Mike left her. He has not shown up yet, but I wonder if he will. It would be extraordinarily contrived, but good. Or is his promise forgotten? He might be the one person (possibly excluding present Mike) that really understands Lucy and her troubles. I do hope he comes back: in addition to his ability to help Lucy, he is the character that most captures my essence. Truthfulness, but kind truth: not the bitter, uncaring and oft twisted truth of Augustus. Plus the awkwardness.

It seems like daisy is putting a “pin” in their relationship.