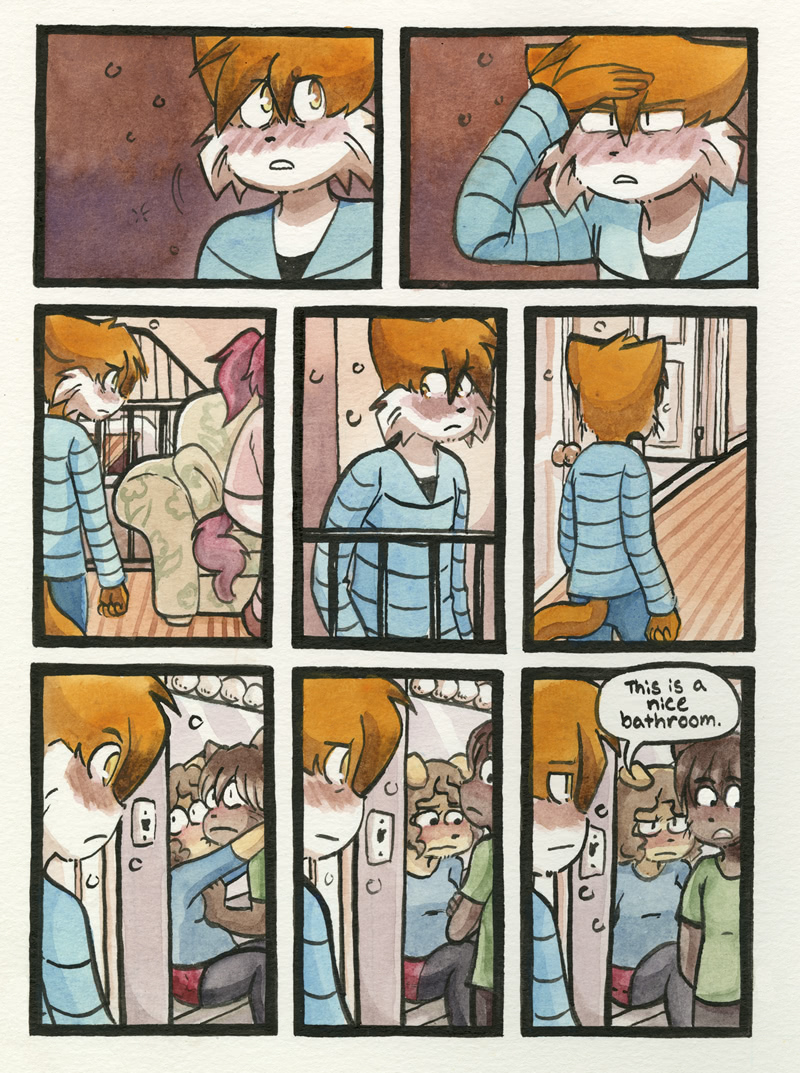 At least he didn’t say: “This isn’t what it looks like.”

I kind of wish that boy would have said something about the girl instead of the bathroom like: “Hey, she’s cute and I wanted to let her know that I like her…” Although that’s just me trying to be a romantic and there is nothing romantic about this.

I think I’ll agree with everyone that is saying that Paulo’s looking for Mike. He probably noticed when everyone went to go help Abbey and Mike was nowhere in sight… kind of cute actually.

Also, congrats Paulo on going from one awkward situation straight into another.

I do hope Abbey feels better. But at least Daisy can now say she nailed Abbey… not in the way she wanted.

Geez, it’s like Daisy becomes an abusive person when she’s drunk… obviously not intentionally, but the way she acted around Mike in front of Abbey, that nut shot she gave Abbey a few pages ago, and slamming a pin into Abbey’s arm… that’s without even mentioning that she got drunk in the first place against Abbey’s wishes. Wow, this will be rough waters for the Abbey X Daisy ship alright.

Paulo is just ENCASED in the love of other people; to the point of near suffocation.
Really, it serves to remind him of the despairings in his own love life, and it certainly isn’t helping with his longstanding sentiments towards Lucy.

Add the complication of getting involved with Rachel, and right there you have a character you just GOTTA sympathize with.

Who thinks Lucy will come back with a new hair style? Y’know…hair Lucy,I think she’s called…