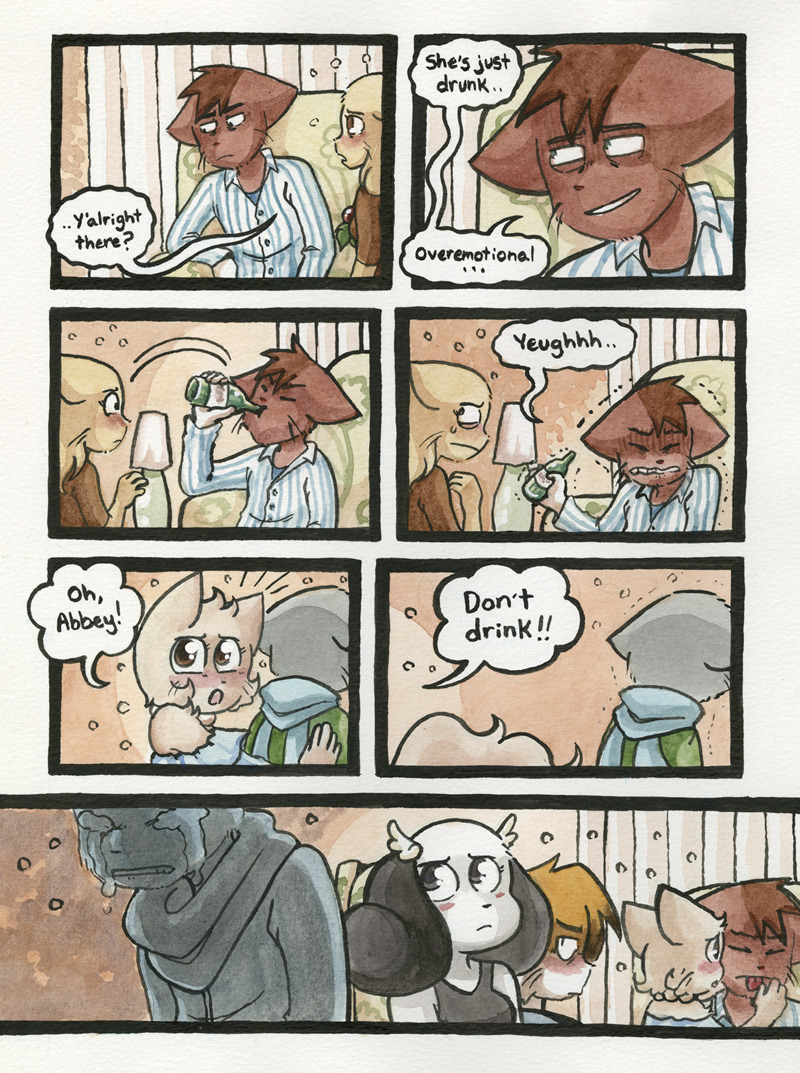 Oliver: We’re really pickin’ on the tough targets with this one

Poor Rach. Have they all forgotten it’s her birthday?
That would suck horribly.

Alright friends, lemme give you a few reasons why i will always love and defend Daisy as a character in this webcomic.

1) She is a sweet kid. She’s this girl who’s kind of a late bloomer, all her friends attempt to baby her but she’s still caught up in all their issues all the while dealing with her insecurities (AS WELL AS HER BOYFRIENDS ISSUES) and she’s expected to be this bucket of sunshine all the time and you know what? that can get frustrating, and she deserves to take a break from it all.

2) she’s with a dude she’s had a massive crush on for /years/ and you know, she may not be into him anymore, but that doesn’t mean she doesn’t care for him and his wellbeing. And yeah, she asked why he picked Lucy over her, you know why? because she’s drunk. Kids get drunk sometimes, it’s not that big of a deal. I’m sure a good amount of you are starting to go through your crazy party years and have been in Daisy’s shoes at one point.

3) Daisy is not a hypocrite when it comes to Lucy. Lucy treated Daisy like a complete nuisance for the longest time, and even though it shows through that she occasionally cares about Daisy, she doesn’t do much to show it. In Daisy’s eyes, it’s more than obvious that Lucy would be a ‘sort of’ friend, as Lucy hasn’t really done much to prove otherwise.

4) You know what? yeah, it sucks. Daisy’s displaying some affection to her old flame in front of her boyfriend. People make mistakes, is that any reason to hate her? No one seemed to hate Lucy when she rebounded with Paulo right after confessing her love to Mike.

5) Finally, you know why Daisy doesn’t want Abby drinking? Because drinking + emotional/mental instability = major f*cking issues. Daisy’s been to the therapy sessions, Abbey’s probably told her about them. She knows her shit and she’s just trying to prevent him from damaging himself any further. Daisy and the others drank for fun, Abbey’s doing it to drown away his sorrows. There’s a difference.

TL;DR don’t hate on Daisy because she absolutely does not deserve it anymore than mike or Lucy might deserve it.