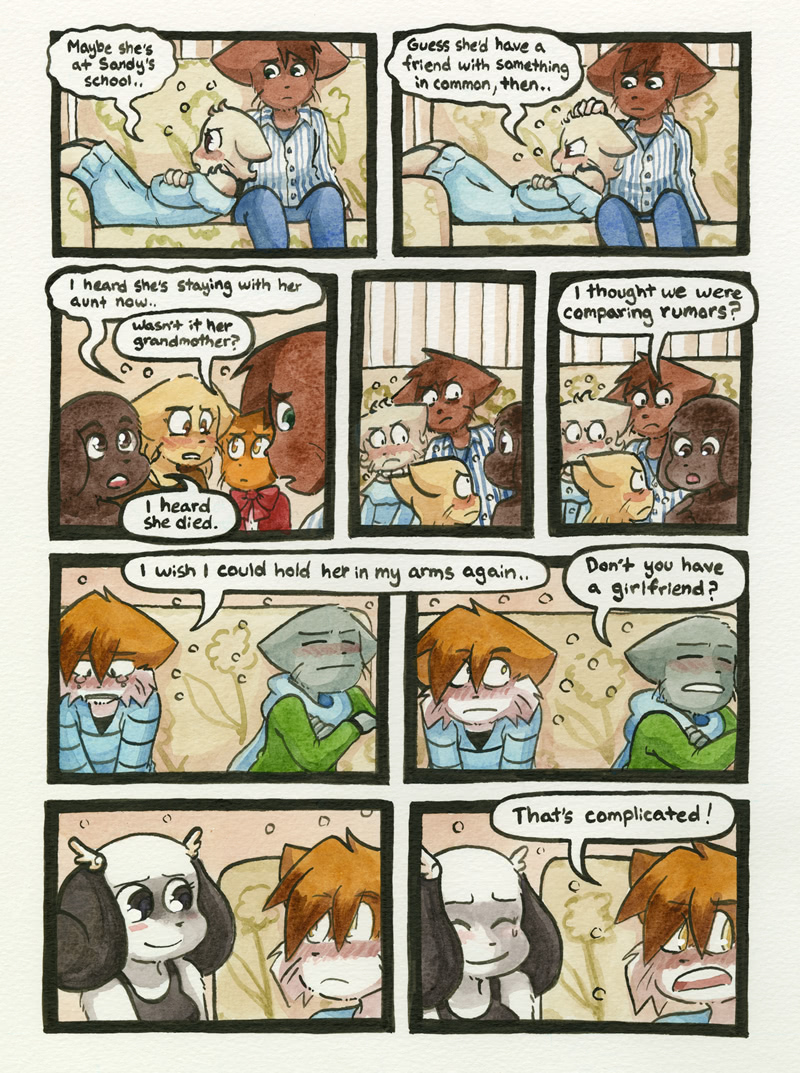 David represents the part of the readers who still think she’s dead.

Rachel knew going into this that this was something she was going to have to deal with, she swore to Paulo that he was allowed all the time he needed to get over Lucy. Thus their relationship isn’t really defined as boyfriend/girlfriend.

It must be hard though to still deal with Paulo moping over Lucy, stings when he half dismisses it, and doesn’t even care to sugar-coat it in front of her. But Rachel will likely just try to let it pass, I wonder how long she’ll be willing to do that before it takes it’s toll however?

LOOK AT ABBEY BEING A SWEET CARING BOYFRIEND AND COMFORTING AND ACKNOWLEDGING DAISY’S HURT IN THE FIRST TWO PANELS
they are SUCH a sweet couple I’m so glad they have each other for this hard time ;m;

Also super curious on the lack of a lot of Mike’s reactions/expressions as soon as they started the Lucy discussion! Maybe because he’s just too drunk to really contribute, but maybe because he’s trying to keep himself from talking? He’s gotten intoxicated before and man oh man is he a talker…..hMMMM I WONDER WHERE THIS WILL LEAD….