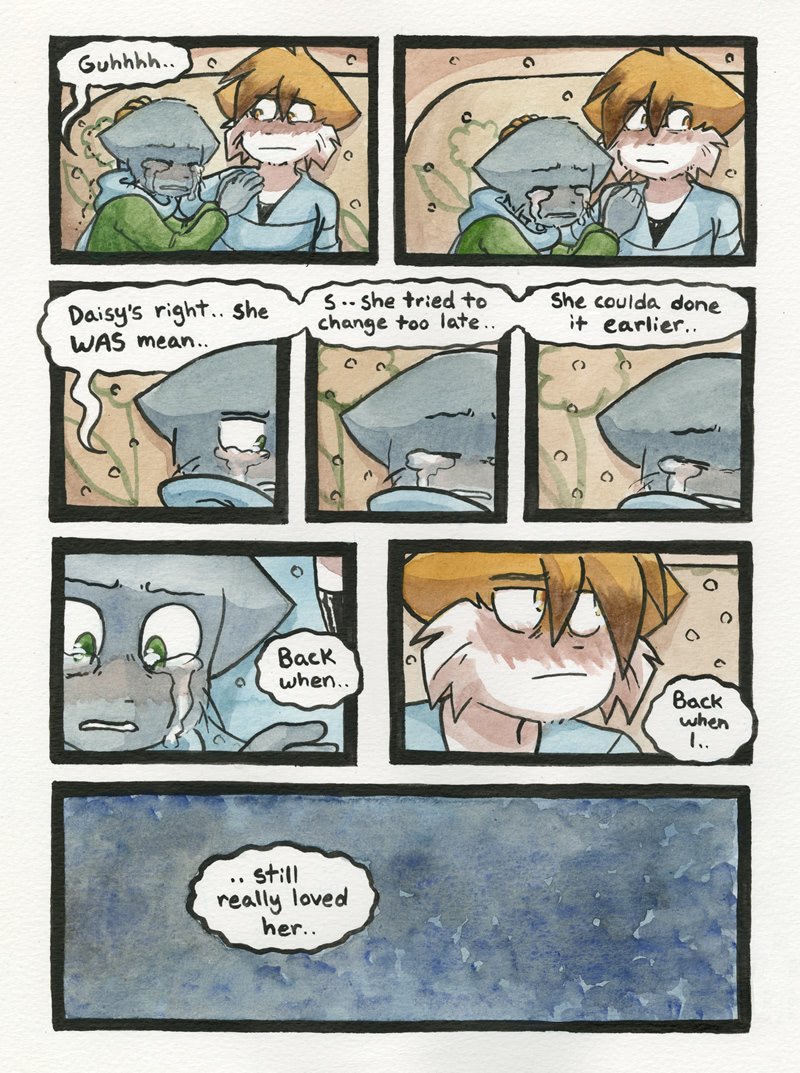 Mike is right though. It was so good that Lucy saw her errors and started trying to be a little nicer.

But by then Mike loved another, and had already grown too much animosity towards Lucy.

I don’t think his objective was ever to push her to suicide. He is a terrible person but not a monster who’s goal is to make a young girl kill herself. He just wanted to break ties with her, even if it meant hurting her, but never to kill her.

And yes, Lucy was always rude and abusive, always. And he did accept it. But I am saying that when Sandy, the “Perfect” girl entered the stage, suddenly he couldn’t think of anything else but to keep her happy. And she wasn’t happy with how Lucy treated him, so he did a complete 180 for her. Mike is a blind fool who followed Sandy’s voice. At that stage, Mike was just doing things because he thought it would be what Sandy wanted. That Sandy only thought for what was best for him.

Now, again, he’s thinking about what his actions caused and how much of a goddamn idiot he was, and hopefully he will recover and try to make things right. Its the only way these kids can move on.

Read about half way and just gotta say
@People_annoyed_at_his_phrasing:
The moment he gives up on Lucy and tries to move on, THEN she starts to change her ways. Imagine how it would feel if someone did that to you, after you have started a relationship with an attractive partner who has always treated you right. Even if you don’t believe that this person is trying to be a homewrecker, you’d have to feel pretty betrayed that they rejected you when you were doing your best to be with them, but when you stop they come running.

@Mego And then at the end of the chapter after Lucy kisses him, she makes it reasonably clear that he should not take it so seriously, and then told him to call Sandy.