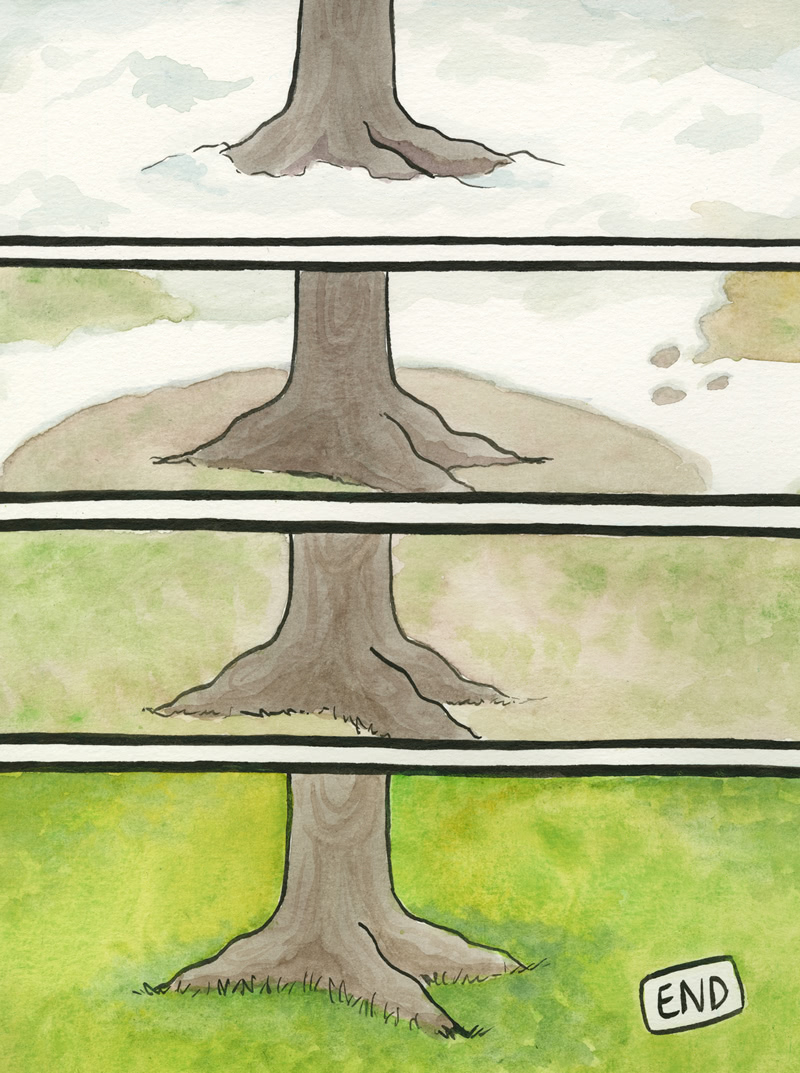 New season, new opportunities to heal? To focus on other things? To have some goals?

Either way, these kids can make it. It just needs some time.

12 chapters, 3 parties, one heartbreak, one reunion, one play, one major drama storm of conlicts, difficulties, and regrets shoved into one winter, and a partridge in a pear tree.

I’m glad this arc happened though -
I never liked how Lucy treated Mike like crap, and I disliked how their friends took her side constantly, despite Mike being in a committed relationship.
Mike has released all his anger, went too far, and is now suffering consequences.
Hopefully with everything that has happened the whole cast can mature and develop further and I’m looking forward to it

Ooh, a symbolic page. It’s time to unleash the meta!

I saw clues before, but this makes it final. Spring has come to the candy bowl.

December was a winter chapter, and began a winter arc. The first snows began to fall. Water and minds hardened into ice. Some went back to their roots. Paulo to his eighth grade womanizing self, and Mike back to neglecting everything but Sandy. In fact, everyone shriveled to the safety of old, except for one. Lucy tried to bloom and grow, sprouting through old, hard dirt, frozen in its ways. A cold, sharp frost stopped that in its tracks. With no others to stop her in her fall, she burned in cold fire and crumpled to dust. Nobody knows where her new seed has landed, or if it has yet sprouted. Winter came, and it pruned away the weak. Connections died, loves were lost, and minds cracked under the strain of freezing ice.

But spring is coming. In an ancient cycle of birth (and a birthday), connections were reborn. Stems began to grow again, and touch each other. Hidden truths were revealed after being lost for so long. Now they lay in the open, like ugly boulders on a glacial plain. They were calved from minds furiously backpedaling like melting glaciers. Minds became liquid again, so that they could change. And thoughts began to flow, through the newly living pathways of the mind, and also through the eyes. A liquid always takes the shape of its container: these containers are sorely lacking, and so they leak (in tears). The thaw has begun.

Now who knows what spring shall bring (excluding Taeshi and Souppy)? Certainly new beginnings, new relationships, and new growth. A search to find the lost companion? Said lost companion finding herself, or maybe new friends (or old ones).

For the next page, I predict Lucy sitting under a tree. It would certainly be unusual. For this new spring arc, I predict: more Sandy, Sandy meeting Lucy and talking to her, Mike useing Sandy as an intermediate between him and Lucy, etc. I also wonder: what exactly happened to Zachary? He made a promise. That’s the kind of promise one keeps, no matter what. I say we can depend on his appearance. Also he currently holds the title of character most like me. I want more of me in this comic. Of course, I could be totally wrong. But prediction was fun anyway.