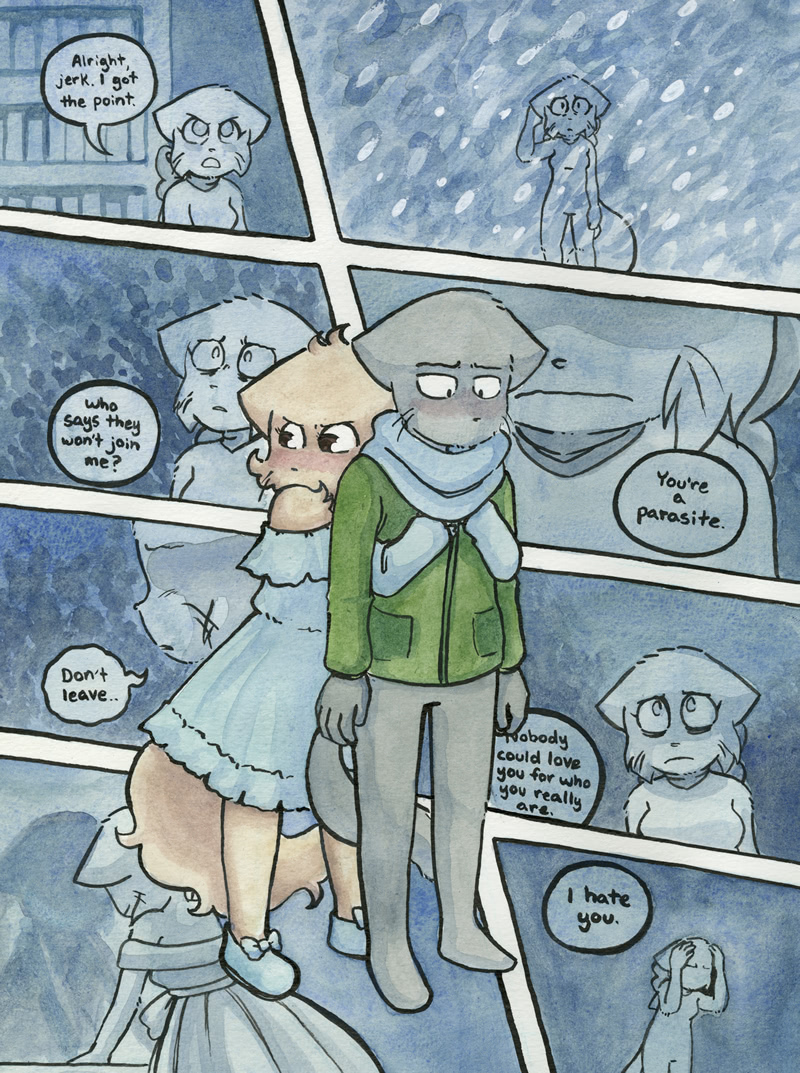 Yeah I really want to see what he’s going to do about it now too, he did good by trying to goto the hospital but I’d really like to see them go find her and tell her he was wrong and now sorry he is etc. They don’t have to be friends again but something has to happen now, I think Taeshi is doing a great job of realistically portraying this

. First denial, then guilt, depression, waitin on the action now.

Both Lucy and Mike were at fault in regards to the friendship ending. Lucy was this bully to Mike for years, and Mike kept his mouth shut about it like a coward, then blew up on her about it many years later. They’re both guilty of being bad friends. But both are still victims of abuse too. Lucy was abandoned by Mike while he went after Sandy, and after he came back, Mike was tortured and bullied by Lucy for years. The real culprit here is something called misunderstanding and the inability to talk things out. This is a common issue immature people have.

Daisy’s watched this abuse, so she’s sick of it! Does anyone remember Chapter 12: Confrontation? Daisy was so sick of Lucy and how much of a jerk she was. You can say “but Lucy’s so sweet” those are all internal thoughts the others have never heard.

I mean, REALLY think about your frustration, is it justified or are you allowing society’s stereotyping to influence you? Come oooon, we’re better than that.