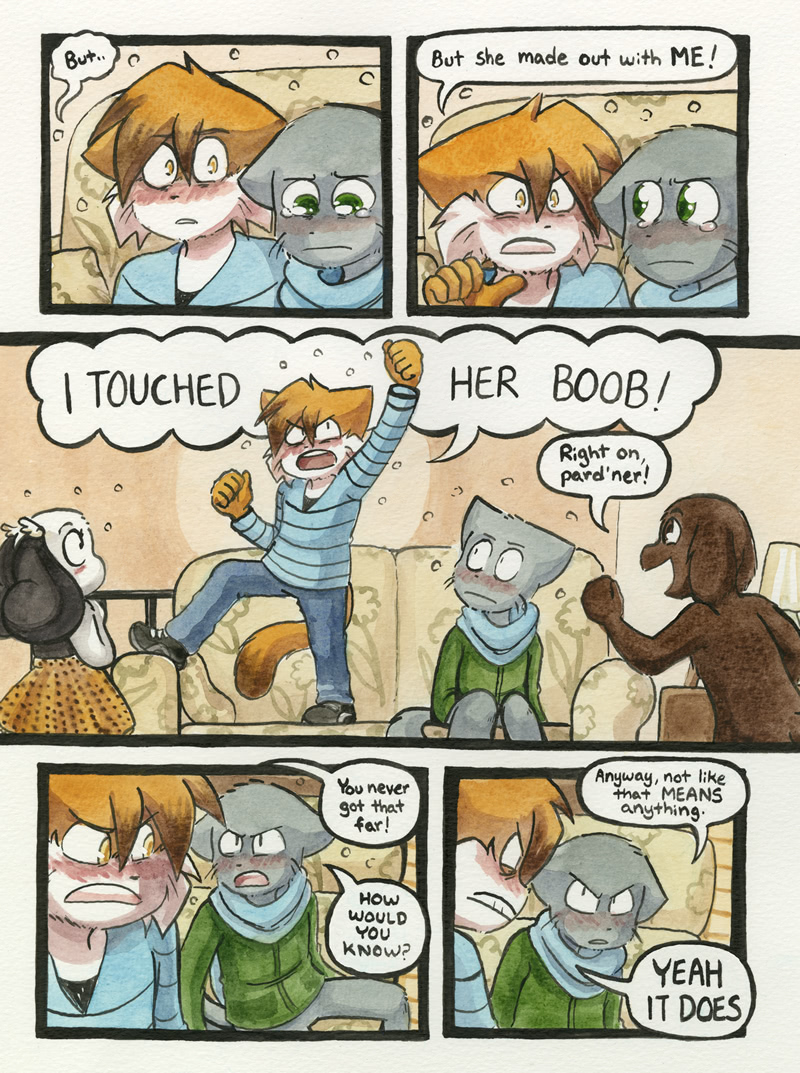 Veronica: HOW WOULD YOU KNOW? EXCUSE ME?

This is the stupidest argument ever.
She just wanted SOMEBODY.

May I remind you that when Lucy was in danger of being raped or molested, Paulo was the first to react. The problem was his phobia, which was triggered in a rather brutal matter. Are you really blaming him for not doing anything when he COULDN’T do anything? Phobias when triggered could send the person into shock and psychological break down. Paulo at that moment was experiencing an enormous distress, big enough to make him shut down his normal functions and go into total panic. Saying that he didn’t lift a finger is like saying that the soldier with post-traumatic stress should suck it up while in a military museum. Who cares that he saw people die with that tank in display? He’s crying and disrupting other people. You might not say that it’s not the same thing, but the point is that they were both scarred mentally and this scar might open up into a wound in certain circumstances, disallowing them to function properly.

Also, I know that this sounds strange but Paulo never officially “cheated.” He slept with a couple of girls (what, around two of them? I can’t remember), true, but they were both USING him and seduced him. He never went behind a girl’s back whilst dating them. Whenever he slept with someone he was never in a relationship like with Jasmine or Tess. Even then the only reason now that he is/was banging Rachel (we don’t even know if it’s even frequent or not) is because she offered up sex as a comfort and seeing this as the only comfort being offered at the time, he took or is even still taking it. If he was a “cheating coward” why would he advise Daisy not to do anything sexual? He said it complicates things and he learned from his mistakes. If he was really a complete manwhore, he would be egging her on and then offering to join in as you make him out to be an animal trying to score with anyone.

But if you think that the canon ending is for Paulo to die and nobody cares, then go ahead. I’m just stating on why I think some of what you said goes against the description of the character. But I’m sorry for liking Paulo as a three dimensional character with flaws as well as good attributes. Please elaborate, what does liking Paulo mean for the 90% of us?