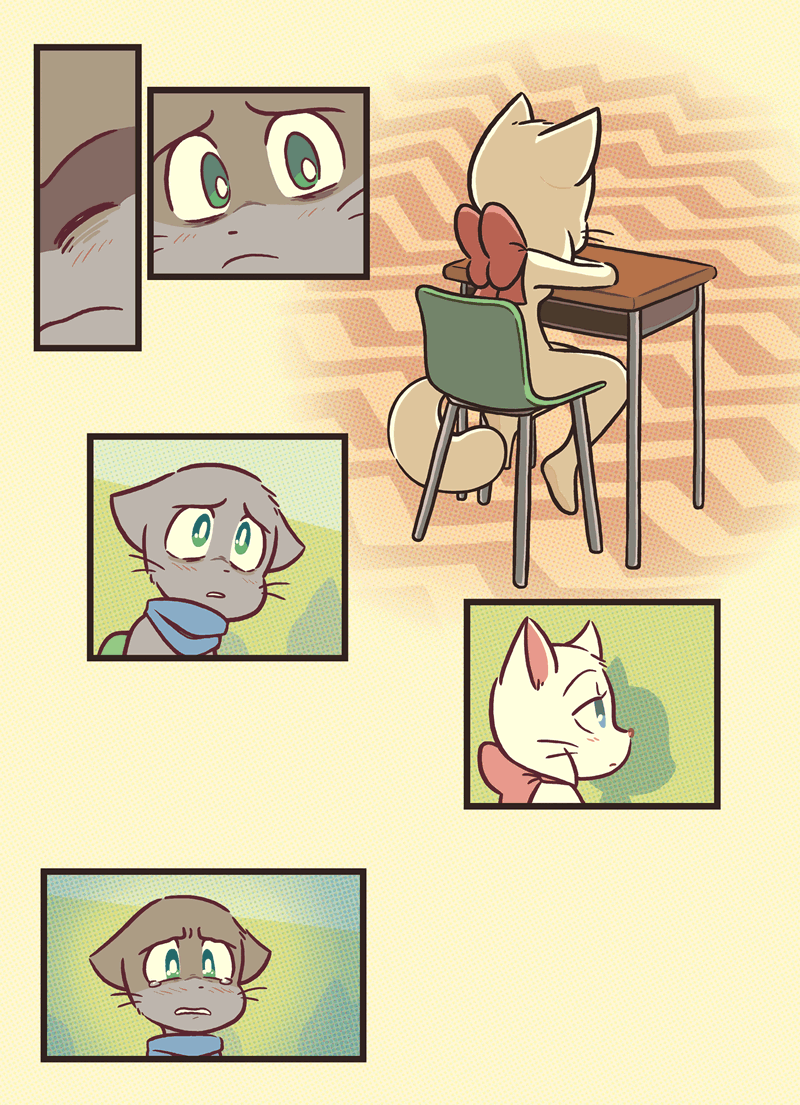 Veronica: why won’t she come crawling back like Paulo always does! Why does she NOT CARE!!!!! the audacity

mike: *having a breakdown*

Oh no, he's about to break down in the middle of class.

Hope they inform his parents.

Took you this long huh bud

So title is reference to Lucy not Sandy....oh boy

I hope he breaks down tells her he wants to be friends again and she rejects him again. He doesn't deserve her friendship, not after all the verbal abuse, that you know.. Drove her to try and commit suicide. Like that's super messed up.

He's definitely been a self absorbed jerk and I've spent years since December really disliking him for that whole exchange. But after all this time, I don't think he was trying to make her commit suicide, he might have thought it would be easier if she died at one point, but I also think he would not be able to handle her death, for precisely the reason these last few pages have shown. He's deeply unsettled by the loss of her and it's no coincidence his ability to cope and be present in his own life has been nosediving ever since he began trying to cut her out.

I don't know if there's redemption for Mike in Lucy's esteem, and most people who were on the MikexLucy train once are happy for it to rot in pieces now, but I do hope regardless of anything that Mike as a character is able to reach catharsis, and hopefully that his catharsis helps Lucy heal as well. A lot of her decisions are clearly still informed by how she thinks Mike feels, which does betray the notion that she's still carrying the events of December around like a crucifix on her back and generally dissociating to get away from it, in a somewhat healthier appearing version of what she was doing back just before she left.

Woah! What a reply. I agree with everything! I don't think Mike deserves to be alone, or that he purposely drove her to jump. He's hurting and I feel for him, he put himself in this position though. Not that that was intentional either. I'd love to see both of them heal and move on. Your right about her carrying that around with her. It hasn't been very long since the event, you don't just get over that.

Even if Mike's intentions weren't to drive her to suicide, his actions from December were inexcusable. And it's definitely hard for both Mike and Lucy to see each other at school, especially since they were so close for almost their whole lives, but I hope Mike grows as a person without Lucy for awhile, or even for the rest of their lives. Maybe it's time for them to let each other go.