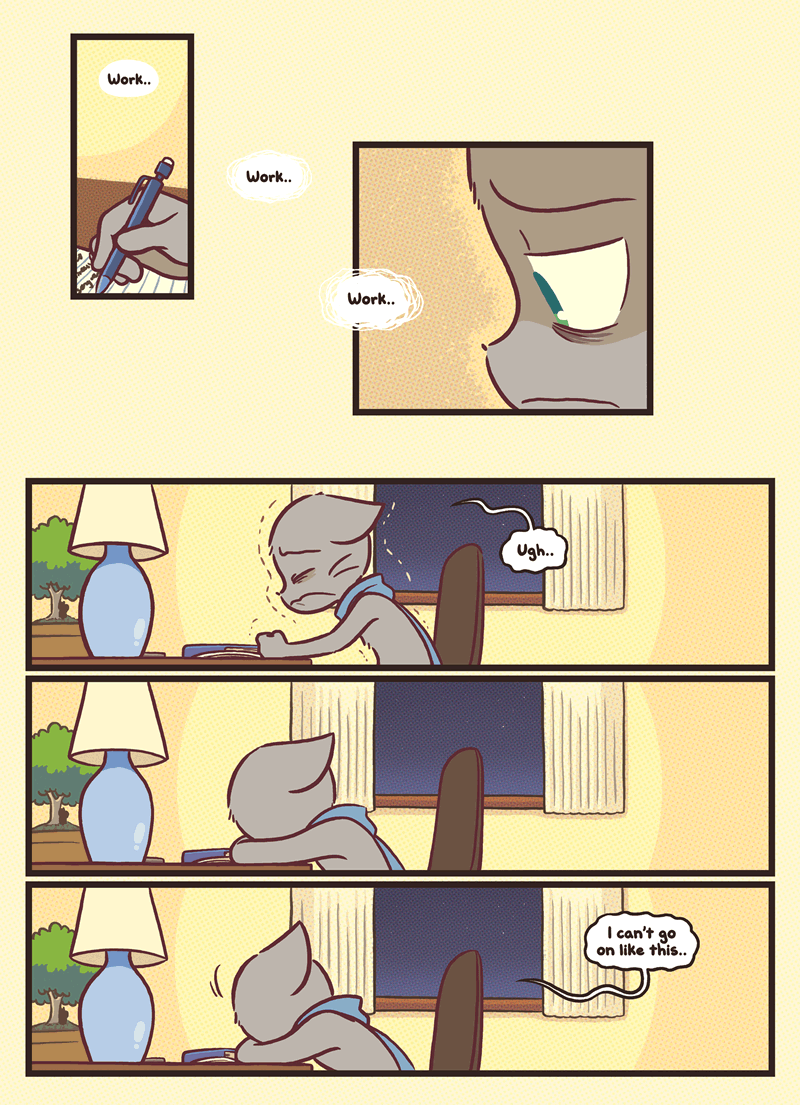 Oliver: Remember when a certain somebody was always hanging around in this guy’s house? Felt a bit less bleak back then.

Mike reaching a breaking point, hopefully he proceeds in a way that is good for his mental health. You know, like breaking up with Sandy and talking to his friends.

The question is, if Mike's gonna change the status quo again... what exactly will he do? :O

inb4 sandy climbs through the window

There's little room for a last second redeeming act for him, at this point he already lost a lot of things, friends don't put up with his crap anymore, and its ok, they don't have to. Sandy may not be intending to hurt him but she's burying him alive. As per Lucy... I see things pretty much dead between those two. I sure hope this guy realizes his mistakes and takes a new turn.

Which means we wrap right back around to Daisy being torn in two directions if Mike actually breaks things off with Sandy. What a bittersweet circle this cast has found themselves in.

I'm pretty sure Daisy is done with Mike too, if that happens she may try to console him, but I doubt she'll be after him again. Daisy has grown a lot, she's much more mature.

is this it? has maishul finally hit his breaking point?!

Have we finally reached the breaking point ??

All work and no play makes Mike a dull boy.