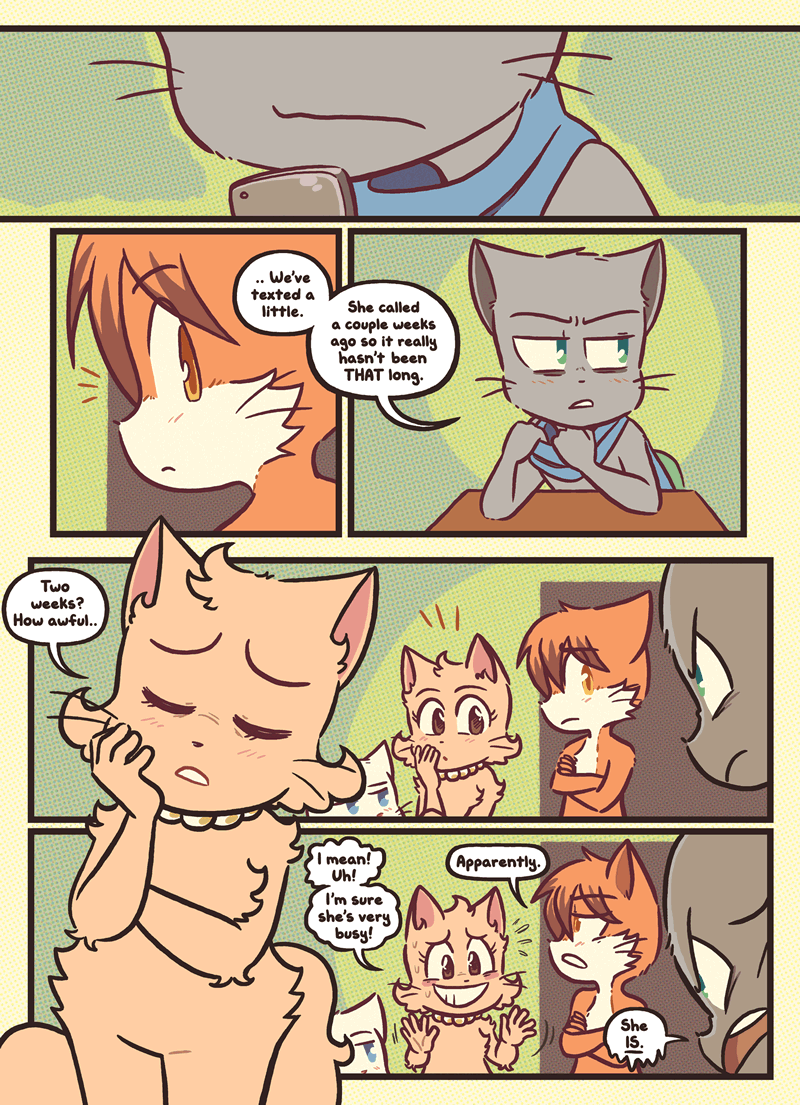 Veronica: I can see Daisy really struggling with pre-Skype era long-distance relationships. She really just wants someone close to talk to ;_;

"How dare you sympathize with MY feelings! What kind of supportive friend are you??" Maaaan Mike, you gotta wake up from this soon! D:

Also, as an LDR veteran, long periods without a phone call isn't totally unheard of. The problem is how it's affecting Mike. Being unable to clearly communicate and feel HEARD is rough on any relationship, no matter the circumstance!

this exactly. the terms of their relationship aren't satisfactory to both of them. the downside of Sandy encouraging Mike to confront Lucy when Mike was also fighting with unresolved romantic feelings for Lucy, and Lucy had confessed romantic ones for him putting more of a burden on their friendship for him, unfortunately led to Mike making a lot of decisions that were not healthy for him after that, decimating his social life outside of Sandy, and making him heavily reliant on her when she simply does not have the time for that. Yes, she is mature and isn't consumed with the petty dramas of her life, no she isn't like paulo or daisy or lucy constantly laboring under unrequited crushes and going through spells of high emotion over them.

But frankly there is likely stuff going on with Sandy and Mike clinging so much to her with little to no response from her, really does suggest that the relationship is kind of descending into more of a labor than a joy for Sandy. Point of fact, how old were they when they started doing LDR? When you consider Sandy can't remember anybody else in spite of having grown up with them, it might be childhood nostalgia with very little understanding or memory of who Mike actually is outside of the phone companion aspect of it now. This has been most evident in their previous face to face meetings that were at first ruled by nostalgia, and then in the most recent one involved Sandy clearly so disconnected from the world she once shared with Mike that it was rather like meeting again for the first time.

Again, if they were both healthily growing at a similar pace involved in their own lives while remaining relatively connected, this wouldn't be concerning, but because Mike has now basically shut down his life outside of Sandy out of fear that everything else is a threat to their relationship, he's not able to keep growing at the same pace as she is. Besides that Sandy has adult responsibilities and expectations from her mother pushing her to maintain adult level professionalism and focus on her career, from childhood to now nearly adult teen! Just by existing as a teen with normal responsibilities and expectations, Mike will likely struggle with feeling inferior to Sandy.

(Even if he does look angry)

Sick of mike and his fake girlfriend

She's not busy, she just doesn't care about you anymore, Mike.

Just here waiting for Lucy to call him out and not care what he says to her.